“Candle floating" by the lake Tjörnin 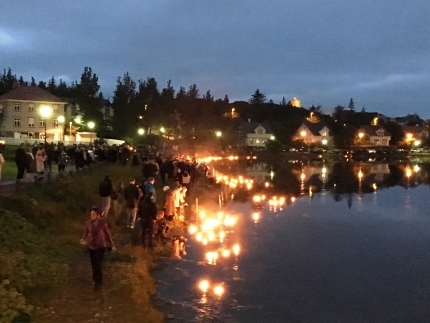 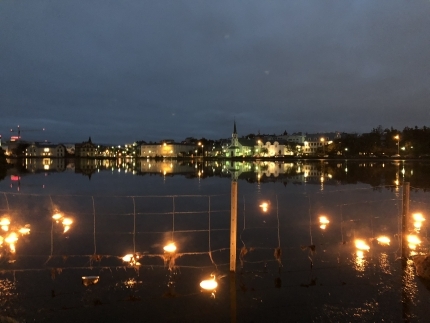 The annual "Candle floating" was held at Tjörnin lakeside by Samstarfshópur friðarhreyfinga ("the collaboration group of pacifist movements") and Ambassador Kitagawa participated in the event. This year marks the 34th anniversary since the first floating was held in 1985. It was well attended by the citizens including H.E. Ms. Katrín Jakobsdóttir, the Prime Minister of Iceland, participated in the event to commemorate the victims of the nuclear bomb attack in Hiroshima and Nagasaki. Candles were lit with the hopes for a world without nuclear weapons. Additionally similar events took place in Akureyri, Ísafjörður and possibly in more towns.