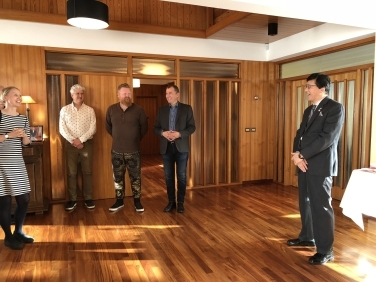 On the occcasion of the International Saga Conference and the Reykjavik Manga festival which took place in Reykjavik last week, the Embassy hosted a reception for the participants of these events. At the welcoming speech, Ambassador Kitagawa explained the unique and important role that manga has been playing globally, as well as an interesting correlation between manga and saga. Ambassador concluded his remarks wishing for furhter deepening the cultural ties between Japan and Iceland.