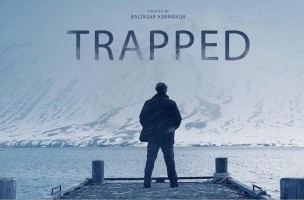 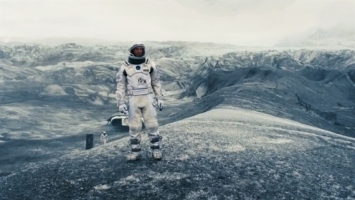 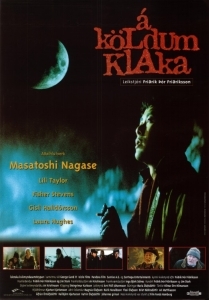 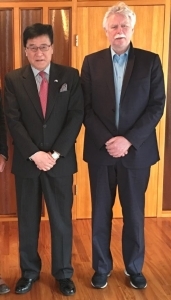 Do these titles Z for Zachariah, Woman at War and Under the Tree ring any bell to you?

These are the titles of Icelandic movies screened in Japan over the past one year. For quite some time, in Japan, people have tended to associate Iceland with such famous musicians as Björk and Sigur Rós. But In recent years, the frequency of Icelandic films and TV series screened or distributed online in Japan has also been on the increase.

This tendency is not limited to Japan, and in fact many films and TV series have been successfully exported to other European countries, as well as to North American markets. These successes stem from the fact that the filmmaking and TV production industry in Iceland is now experiencing a golden period.

It is said that the beginning of modern filmmaking in Iceland started around the1980s and the number of produced films began to increase significantly from the early 2000s. More than 15 new films, excluding short films, have in recent years been released annually.

Equally, the production of TV drama has been on the increase as well. A mystery TV drama series titled Trapped (Icelandic: Ófærð), which was produced and released in 2015, became widely successful both domestically and internationally with production now underway on season three of the series.

At the same time, countless foreign film directors and music video producers, including those in Hollywood, have long been drawn to Iceland, fascinated by the unique landscape such as moss covered lava fields, frozen plateaus and majestic waterfalls. In particular, Iceland has been chosen as an ideal location when shooting sci-fi movies such as Star Wars, Star Trek and Interstellar.

This in turn contributes to attracting foreign tourists to Iceland on a "pilgrimage" tour to visit locations of scenes in famous movies. The Icelandic Government also supports the industry by providing 25% reimbursement of the shooting and production costs.

When it comes to the films that are related to Japan, Cold Fever, which was produced and released in 1995 by one of Iceland´s most acclaimed directors, Friðrik Þór Friðriksson, stands out. Starring Japanese actor Masatoshi Nagase, this film depicts the story of a Japanese man travelling around Iceland, based on a real-life story of a 1984 tragic fatal accident that involved the loss of three Japanese geologists from Tokyo University.

According to the director Friðrik Þór Friðriksson, he was profoundly moved by scenes of the victim's families coming to the accident site a few years after the tragedy to hold a memorial service with sake and rice for the departed souls. He also found similarities in our cultures that involve people's fascination and respect with spiritual entities and the spiritual world which in turn inspired him to make this film.

I wish to cheer for further successes of the film and TV production industry in Iceland while looking forward to further Japanese-Icelandic collaboration in the field of film and TV.